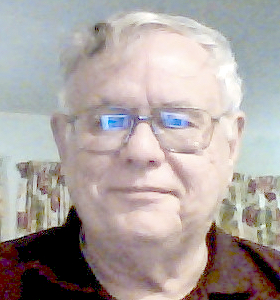 Well, the most important point in my life was coming to the Lord while in the US Navy in 1971. From there I attended a Baptist Bible College in Nashville, Tennessee for two years before going overseas with a mission known as OM. At the end of that time, I met my wife in Afghanistan who is from New Zealand. We stayed there for another two or so years working in Kabul eventually joining a mission called WEC International. Leaving Afghanistan we ended up in Egypt and worked there for nearly five years. After Egypt we went to Yemen, working with our mission’s hospital. During those years, my wife and I had studied some Persian and afterward studied Arabic at the American University in Cairo.

After Yemen, we returned to New Zealand due to my health; my wife began teaching in a Christian Primary School while I taught in a Christian Community College. Somewhere during that time, I did studies in education and linguistics, eventually completing a certificate in English, a Diploma in Tertiary Teaching, then a Post Graduate Diploma in Teaching English and finally a Master’s in Applied Linguistics. Some years later, we re-joined WEC International where I taught in their Missionary Training College for four years in Hamilton, New Zealand. At the same time I did a Doctorate in Religious Education online which took me five years to complete. I also did other studies before and after that in Biblical Archaeology. We retired from the mission upon turning 65 years of age but haven’t really stopped working as such. We live in Hamilton, New Zealand and still involved in Teaching English as a Second Language to the many refugees as a ministry for those coming to New Zealand. It was about two or three years ago that I came across Biblicaltraining.org asking for volunteers for transcription work. I have loads of experience in e-training and e-book development. The more I learned about Biblicaltraining.org the more interested I became. Note that I came to the Lord by reading the four Gospels and thus see the power of God’s word moving in the lives of people. So, for that reason, I am really encouraged about the work of Biblical training. Since becoming a Christian all those years ago, my only desire has been to further the Kingdom of God in whatever capacity I could. That is and has always been my sole desire.