Perhaps more than any other book in the Bible, Revelation gives us a glimpse of the majesty and grandeur of Jesus. In these days of global fear of a microscopic organism, we need reminders that God is bigger than a virus. Passages like Revelation 1 (and Isaiah 6) provide those reminders. 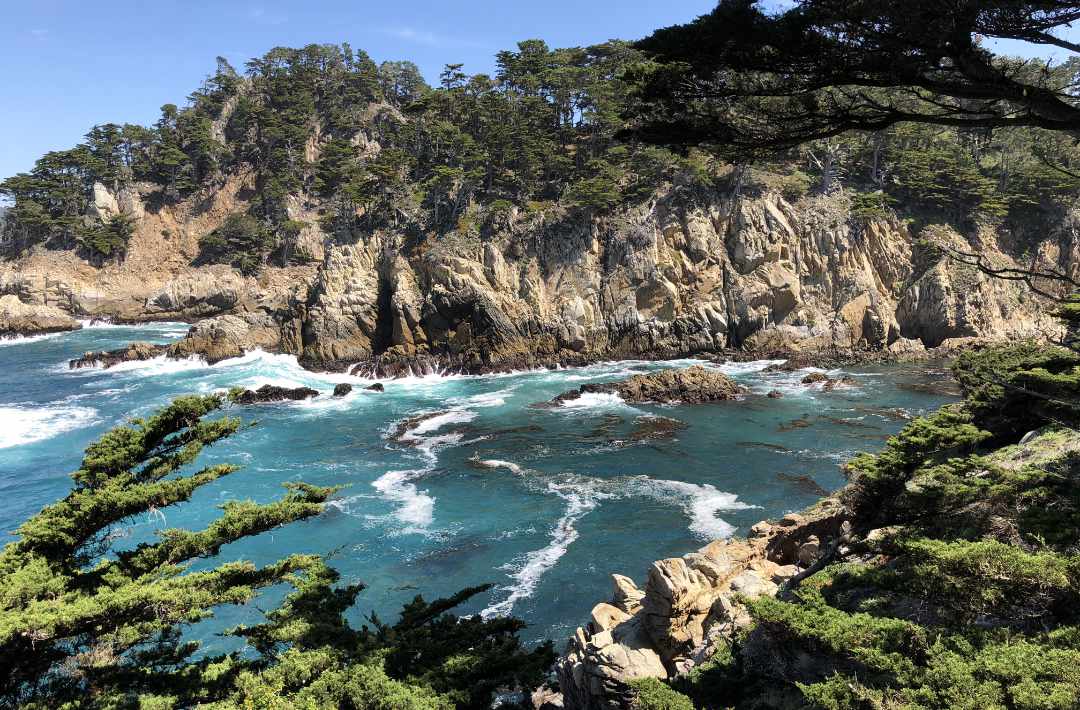 John has been exiled on the island of Patmos, a 13 square mile island in the Aegean Sea. He was “in the Spirit” on Sunday, worshipping God, and all of a sudden hears the voice that he likens to a trumpet and to “rushing waters” (NIV). Perhaps it is because I am self-quarantined on the southern California coast right now, I like the NLT’s translation, “his voice thundered like mighty ocean waves.”

What a shock it must have been for this elderly man to be worshipping by himself, and all of a sudden Jesus comes crashing into his life. I try to imagine what it must have been like. Was John startled? Frightened at first? Excited once he realized who was talking to him? However, we do know how he responded: “I fell at his feet as though dead.” How would we have initially responded?

When John first heard the voice behind him, he turned and saw the seven golden lamp stands with Jesus standing in their midst, dressed in a full-length robe with a golden sash. His hair was as white as white wool, his eyes were like a blazing fire, and his feet were like bronze polished in a furnace. His voice was like the “sound of many waters.”

I especially like that final phrase. Word-for-word, John says that Jesus’ voice was like “many waters.” Translations struggle to convey the idea, suggesting “rushing waters” (NIV), “roar of many waters” (ESV, NET), the “sound of cascading waters” (CSB), and “his voice thundered like mighty ocean waves” (NLT). The idea is that when there is a lot of moving water, there is a tremendously powerful and awe-inspiring sound being made by the water. Whatever specific imagery you want to use, it should convey the idea of power.  Come to think of it, John is on an island in the sea. Perhaps the continual crashing of the waves was the first thing he connected with the powerful voice behind him.

During this pandemic, it is easy for our vision of God to shrink, and our fear of a microscopic virus to grow. The challenge of Revelation 1, the challenge that is hopefully being preached in every pulpit around the world, is that God is greater than the virus.

I have seen several sermons on the internet that rightfully proclaim that absolutely nothing “in all creation, will be able to separate us from the love of God that is in Christ Jesus our Lord” (Rom 8:39). That is a comforting thought, as long as God’s love is the most important thing in your life.

However, if wealth and physical safety are what we truly hold most dear, then the virus may be a real threat. Perhaps what we should be doing during this pandemic is asking ourself what is truly most important to us. If we are consumed with fear, then maybe that is an indication of a spiritual problem.

I have finally had to admit that I am by nature a pessimist. I always called it being “realistic,” but my natural tendency is to see the glass as half empty. So when I woke up last night at 3 a.m. with a congested nose and trouble breathing, I was convinced that after five weeks of quarantine the virus finally found me. I started thinking about this blog and if my fears were not a sign of a spiritual issue I need to deal with. I’ve always agreed with Paul that “to live is Christ and to die is gain” (Phil 1:21), but this early morning made me reassess what I truly believe.

My first grandchild is due in four days, and Robin and I have been in serious quarantine for over 5 weeks now, making sure we can be available if Tyler and Rachel need anything from us. But the virus is not what I fear. I fear my vision of God shrinking and being overwhelmed with the problems of this world. What I want is for my vision of God to be bigger than a microscopic organism. I want to see past this horrible pandemic and look for opportunities to encourage people to not live in fear but to reassess what is truly important. As I said, if our lives are about wealth and physical health, then there is something to fear. But if our lives are truly about the Lord, then this pandemic is just another opportunity for us to stand out and be different from the rest of the world.

As Robin often says to me, “What’s the worst that can happen?”

What is the Sign of our Salvation and their Destruction? (Phil 1:28)